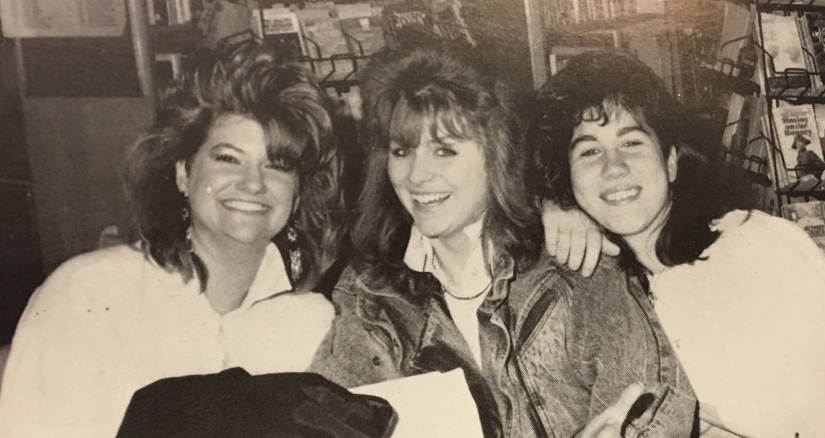 Today, I am looking forward to being available for a good friend. This person is someone I have known since high school. We used to party together. I remember (vaguely) one time when her friend carried me out of a house because my legs failed to work after smoking way too much pot and drinking. Before graduation, we had a falling out, but then years later we became close again when our daughters were little. Eventually, the high price tag living in Massachusetts was too much so she and her family moved to Maine while I moved on with my life with its many curveballs. In spite of not seeing her in person, I always enjoyed seeing her updates on Facebook so in that sense we stayed connected.

Melissa was the one who saw her post about losing her dad and told me about it. I only go on Facebook about once a day and for a limited amount of time so I missed it. I reached out via Messenger to let her know how sorry I was. I didn’t expect her to respond, but she did. I knew in that second what I needed to do.

I wasn’t a great friend back then. I took more than what I gave back. I still do that sometimes, and it’s something I work on every day. I don’t want to be selfish in my relationships with people. I feel it in my soul when I have shorted someone. I don’t like it and the awareness holds me accountable. I meditated on how I could best help this person who had given me so much during one of the hardest times in my life.

Meditation is something that has become an integral part of my routine. My latest obsession is following the teachings of Ram Dass, who reminds me of my dad. He looks a lot like my dad, with his Ashkenazic Jewish look and smile. I love listening to his older talks because his sense of humor was similar to my father’s as well – self-deprecating and full of intelligence. The topics he speaks on stress on the importance of seeing the whole picture and how being present in the moment is essential to that picture. Letting go of judgement, of how others perceive you, and understanding that there is a realm of possibility outside of what the 5 senses tell you have been life changing for me.

I can’t get enough of his talks and philosophy of loving the soul. It has brought me to a place of acceptance that no amount of reading a certain page in a certain text would ever have gotten me (12 step reference). I am able to step back and let people be who they are without taking it personally. It also allowed me to move past the awkwardness of not having talked to Kelly in years and reach out to let her know I am here for her regardless.

Recently, I have made an effort to focus on being available for the people I have in my life right now at this moment. My life means nothing without the people I care about in it. I want to be there for those who went out of their way for me. Like my friend Kelly, was for me on March 27, 2000 as I stepped off the train trying to process the fact that I would never see my best friend alive again. Kelly and I haven’t talked in years like we used to, but that all disappeared when she responded to my message in great pain. I recognize that pain. I had the same pain when my father died unexpectedly almost two years ago. It knocks you off of your feet, and in my case, onto a couch for 18 months.

Kelly and I sat at the same table at Prom and danced together. We went to the Senior Dinner Dance together. She made me laugh and became my friend in spite of my many faults. We even got into a huge fight that lasted a whole summer and we worked it out before I went off to college. Ten years later, she rushed to my side without me asking. Now it’s my turn to be there for her and for that, I am grateful. #classof1990

I am a reformed graphic designer looking for work in the UX design field. I am a mother of three, one in college, one in elementary school and one in preschool. The youngest has a heart condition called HLHS, and my blogging began from that experience. I have since blogged about other ways to have hope in spite of feeling hopeless- whether it is because of a job loss, relationship change or just having a bad day. View all posts by elevindavis

letters to a mother I never met

Must Be This Tall To Ride

I'm a single dad documenting his journey. A guy trying to walk a higher path. And messing up. A lot.

"Let me live, love and say it well in good sentences." - Sylvia Plath

Life with adult ADHD: never a dull moment for a busy darling

Adventures of a Former Party Girl

"You may encounter many defeats, but you must not be defeated. In fact, it may be necessary to encounter the defeats, so you can know who you are, what you can rise from, how you can still come out of it." -Maya Angelou

Finding hope in all shapes and sizes.

What's Up with Ari